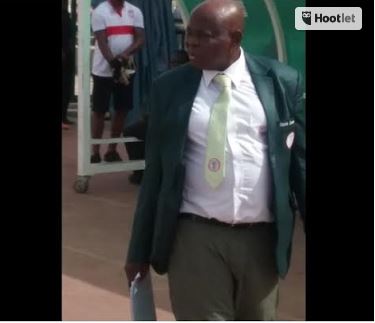 Tanko who hails from Nasarawa State had successfully supervised the hitch-free Week 15 Nigeria Professional Football League tie played at the Sani Abacha Stadium on Sunday with the hosts winning 2-1.

However, the football administrator was reportedly found dead in his hotel room before being rushed to the Murtala Mohammed Hospital in Kano this morning.

Efforts made to extract official statements from LMC officials failed as they did not pick calls made to their mobile lines.

However, Kano Pillars media officier Idris Malikawa confirmed the development noting that the medical officials at the hospital confirmed that the late Tanko died from hypertension following an autopsy test.

"It is confirmed. He (Nuhu Tanko) is dead," Malikawa told Goal.

"He died a natural death. We took him to the hospital this morning and he was confirmed by the medical doctor in charge.

"The doctor said he died of hypertension due to high blood pressure," he concluded.

Until his death, Tanko was a former board member of the Nigeria National League headed by Emeka Inyama whose tenure expired last year. 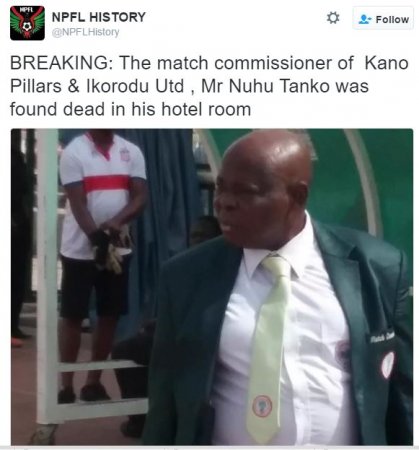