Microsoft founder, Bill Gates is backing the FBI in its standoff with Apple over unlocking an iPhone in the probe of last year's deadly San Bernardino attacks, a media report said.

The Microsoft founder has taken a major step away from almost all of the tech establishment by arguing that Apple’s protests about an FBI order are overblown.

Apple has been feuding with the US government after it made clear that it would not comply with a court order that required it to help break into a phone used by one of the San Bernardino killers. The company has argued that doing so would set a dangerous precedent, allowing other companies to ask for phones to be unlocked, as well as leading to a weakening of security across devices. 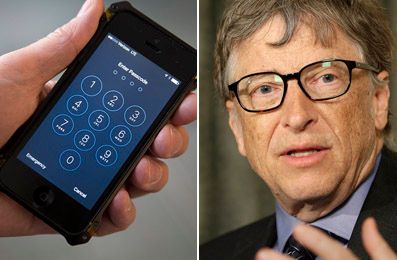 Mr Gates rejected that argument. The situation is “a specific case where the government is asking for access to information,” he said in an interview with the Financial Times.

Giving over the information is similar to a company handing over phone records, he said.

Mr Gates’ intervention is a break away from the leaders of almost every technology companies. Facebook, Twitter and Google founders and bosses have all sided with Apple in the ongoing dispute, though some have done so more forcefully than others.