Super Eagles captain, Mikel Obi will be missing in action as Nigeria plays in a friendly match against Serbia in a Russia 2018 world cup build up. The former Chelsea FC player who currently plies his trade for Chinese side, Tianjin Teda has been ruled out of the game due to work permit issues in China.

Recall that this same issue made Mikel Obi miss the game against Poland which ended 1-0 in favor of the Super Eagles. Before the game that Victor Moses won for Nigeria, manager Gernot Rohr spoke on the absense of his captain 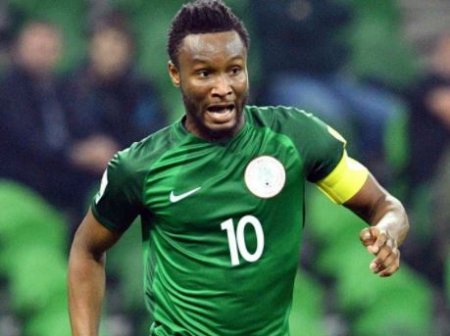