The lawmaker representing Bayelsa East Senatorial District , Ben Murray Bruce, has charged the thirty six governors of the country not to reduce the N18,000 minimum wage, stating that it is unjust for a government to contemplate reducing the workers pay. 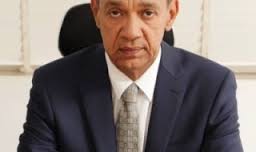 Bruce who took to his twitter account in a series of tweets said N18,000 is just too little a sum for the states not to be able to pay.

He said dogs in some government houses consume more than N18,000 per month.

See the tweets below: 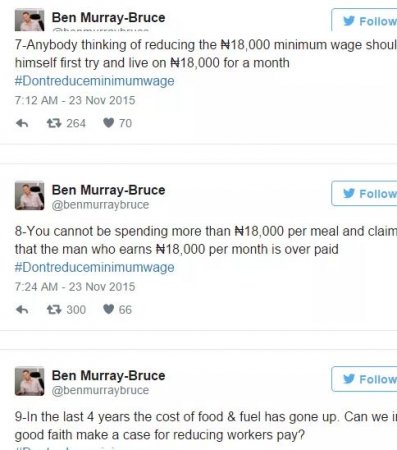 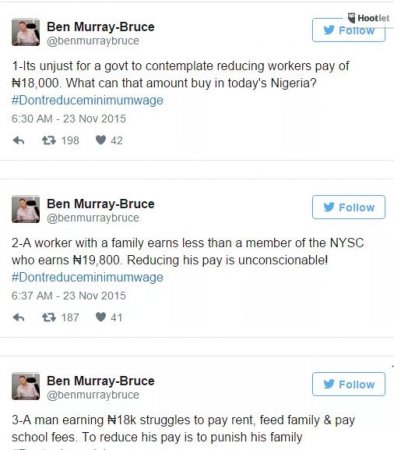 K
Politics Minimum Wage Should Not Be Less Than N150, 000 – Shehu Sani

May 2, 2017
Attah
A
A
Politics Senator Ben Murray-Bruce Writes Interesting Piece - Is This Change?