Military operatives in Biu local government area of Borno state have arrested 50 fleeing members of the Boko Haram fighters who were hidden under a truck heading towards Gombe.

Security source who disclosed this to Vanguard correspondent said the suspected Boko Haram members are currently in their custody at the Barrack in Biu.

He said, some youth vigilante in Biu suspected the truck carrying sheeps and goats at the top and stop the truck for routine check when they discover 50 young men hiding underneath.

The suspects according to the security source confessed to being fighters of the Islamic sect, Boko Haram who are on the run following the killing of their leader in a battle at Konduga town of Konduga local government area of Borno state last week. 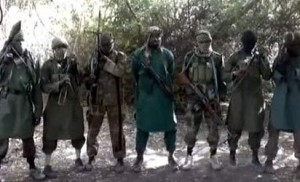