Business MTN, Airtel, Glo, Others in Fresh Trouble With NCC

The Nigerian Communications Commission (NCC) on Monday said it would sanction 13 telecommunications operators for failing to comply with the ‘2442 Do Not Disturb (DND)’ directive on unsolicited telemarketing.

NCC’s Director of Public Affairs, Mr Tony Ojobo, in a statement said the directive was issued on April 20, 2016.

According to him, the service providers have been given another one-week ultimatum, from Monday, Nov. 14, 2016, to remedy the situation or face the sanctions enshrined in the directive. 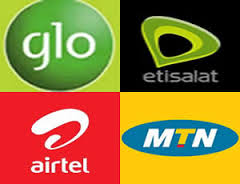 “Worried by the non-compliance by the operators, occasioned by a deluge of complaints by subscribers across Nigeria, the NCC inaugurated an eight-member committee to look into the matter.

“After several meetings, including those it held with the network providers, it became necessary to issue the latest ultimatum to redress the menace of incessant unsolicited text messages and phone calls for telemarketing via the various networks,’’ he said.

Ojobo said the commission had written to the providers on whose networks it had received series of complaints from subscribers regarding the efficacy of DND.