A series of bomb blasts have rocked the Indonesian capital, Jakarta, followed by gun battles on the streets.

According to BBC, the blasts were centred around Thamrin Street, a major shopping and business district close to embassies and the United Nations offices.

Police say four suspected attackers are among at least six people killed. It is not yet clear what group was behind the assault.

President Joko Widodo has called for calm but condemned the "act of terror". 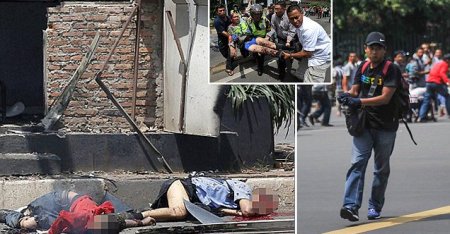