The President of the organisation, Aliyu Ibrahim Kyautawa, said this in an interview with the News Agency of Nigeria (NAN) on Sunday in Sokoto.

“We are praying and fasting every two weeks for peace, tranquility and success of President Muhammadu Buhari who means well for the people of this country’, he said.

According to him, our resolve is borne out of love for the country. “We are not sponsored by anybody and we don’t belong to any political party and we are not doing it for any material gain,’’ he said. 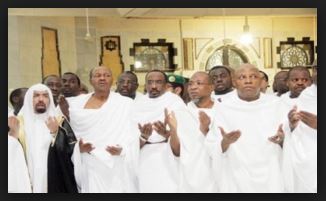 Kyautawa said that the members of the group were convinced that Buhari had the ability to liberate the Nigerian masses from the bondage of poverty, insecurity and bad governance because of his track records.

“We are also praying for the success of Gov. Aminu Tambuwal in Sokoto state.

“Buhari has the masses at heart, but his efforts are being frustrated by some unpatriotic Nigerians. “They have been sabotaging his efforts in a bid to make this nation ungovernable for him, but all their efforts would be in vein,’’ he said.