The Nigerian Labour Congress (NLC) in Abuja on Tuesday pleaded with the Nigerian Army to commute the death sentences on soldiers found guilty of mutiny to lighter punishments.

The Acting President of NLC, Mr Promise Adewusi, made the appeal at a news conference to express the view of the union on the verdicts passed on the soldiers by a Court Martial on September 15.

The General Court Martial of the Nigerian Army, chaired by Brig.-Gen. N.C. Okonkwo, had tried 18 soldiers, sentenced 12 to death, jailed one and freed five.

The union said that in view of the numerous challenges confronting the military hierarchy, the execution of the convicts would not in any way restore discipline in the army.

Adewusi said although the convictions could not be faulted legally, the death sentence was harsh and unacceptable.

"We expect that the Military Council or the appropriate authority, whose responsibility it is to review sentences of this nature, should commute this sentence to a more tolerable or acceptable one.’’

Adewusi said the appeal was hinged on the fact that the execution of the soldiers, rather than restore discipline,"could sow the seed of a major security problem in the armed forces.’’

He said that in confronting the nation's lingering security challenges, it was important that commanders earned the confidence of their troops.

Adewusi said: "No where is cohesion needed more than in the armed forces, especially in conflict period.''

He urged the military hierarchy to ensure that the ongoing war on terror was waged in a more transparent and coordinated manner.

"We are urging the military authorities to commute the death sentence on the 12 to a lighter sentence. As part of the process of addressing the conflicts and crises in our armed forces, we demand that the war be prosecuted in a more transparent, humane and orderly manner,’’ he said. 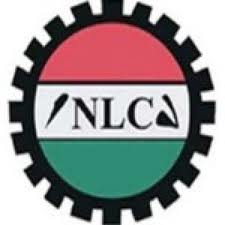