Curators
A political activist and former Deputy National Publicity Secretary of the All Progressives Congress (APC) Comrade Timi Frank, has said that now that the Vice President, Yemi Osinbajo, has sued him, it is time for the RCCG’s pastor to prove several allegations he made against former President, Goodluck Jonathan and former Senate President, Bukola Saraki, among others.

Frank told the Vice President that he won’t be intimidated by going to court, saying the VP has a record of intimidating the media, Civil Societies, and social crusaders 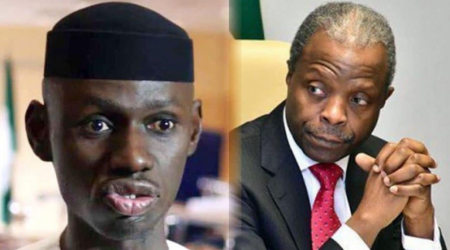