Curators
The National Association of Nigerian Students has rejected the introduction of the admission screening fee of N2,500 by the Federal Government through the Ministry of Education. 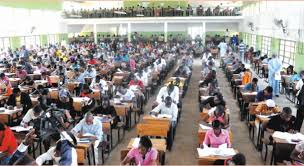 Mr Gbenga Ayenuro, the NANS Vice President, said this in a statement made available to newsmen in Akure on Friday.

“NANS, which has been, and will always be, at the forefront of any and every kind of exploitation of Nigerian students in any guise was relieved by the recent ban on post-UTME.

“As it was a long overdue decision to end the exploitation of prospectively- Nigerian students seeking admission.

“And it was a policy that endeared the Federal Government to the hearts of Nigerian masses; it was widely jubilated and welcomed by all concerned stakeholders in the Nigerian education sector,” he said.

According to him, it is surprising, appalling, anti-masses and unethical, for the federal government to submit to pressure from the heads of tertiary institutions by introducing the post-UTME screening fee.

He noted that the policy somersault was tantamount to the government being insensitive to the growing economic meltdown being experienced by parents and guardians of prospective students all over the country.

Ayenuro said that NANS viewed the introduction of the post-UTME screening fee as another way of extorting and exploiting potential students.

“Nigerian students can no longer keep mute in the face of the general hardship confronting the Nigerian masses.

“Our parents and guardians have become incapable of sending us stipends for our upkeep let alone of paying for our tuition fees.

Ayenuro therefore issued a three-working day ultimatum to the ministry to reverse its decision on imposition of post-UTME screening fee as the most important stakeholder in the Nigerian education sector.

He said that failure to reverse the new policy would result in a peaceful protest at the Ministry of Education, Abuja, at a date to be announced.