Curators
The National Drug Law Enforcement Agency (NDLEA) has said it arrested a 54-year-old single mother of four at the Murtala Muhammed International Airport (MMIA) Lagos with 32 wraps of cocaine. 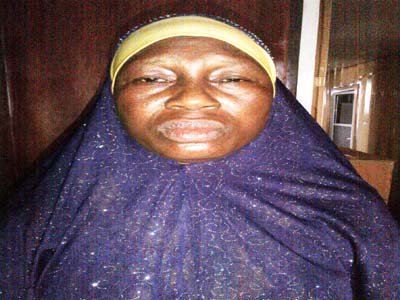 The suspect, identified as Owolabi Oluwayemisi Modinat was apprehended during the outward screening of passengers on a Qatar Airline flight to Saudi Arabia.

According to NDLEA, the 32 wraps of substances she ingested, which tested positive for cocaine, weighed 330 grammes.

Upon questioning, the suspect who hails from Kwara State, explained that poverty led her into drug trafficking.

She told NDLEA officials after her arrest that she hawks tea and bread to earn a living in Lagos prior to when her sponsors promised to transform her life through the trafficking of hard drugs to the Holy Land.

Owolabi said: “I have never travelled outside the country before now. I am a single mother of four children. I sell tea and bread to earn a living.

“At present, I have no money to continue with my tea business due to family problems. A man met me and promised to help me by sponsoring my trip to Saudi Arabia. As a Muslim, I was happy but he later asked me to swallow the drugs. I agreed because he promised to pay me N300,000. I have too many problems and nobody to help me.”
S

Too many problems and as a single mother, you kept opening your legs until you produced four innocent children?

You must face the wrath of the law. You are on your own.
I only pity those kids.
S

Tell me this not alhaja
C

What is remain between haj and that cocaine.
D

She is on business trip not religious trip. Illegal business at that.
K

I'm not sure she's a Muslim
T

This one is new under the sun o
M

Excuses for drug traficking not justified. There are other things to sell legally which she should have seek assistance for.
O

You will now put the same children you are eager to cater for into another suffering when you are punished for been caught with cocaine.

Na so dem de cover even their eyes and u no go know say dem de cover something else not their body no trying to rep their religion.