Politics Ndume Regrets Not Supporting Obasanjo For Third Term,Claims Chibok Girls Would Have Been Found

Senator Ali Ndume, senator representing Borno South on Wednesday expressed regret that he didn't support the third term bid of former President Olusegun Obasanjo. The Borno lawmaker said that Obasanjo would have rescued the kidnapped Chibok school girls had they been kidnapped during his administration.

According to LEADERSHIP, speaking during the usual sitting protest of the #BringBackOurGirls group, Ndume said, "I would have championed Obasanjo when he wanted to come for third term because if he had been at the helm of leadership in Nigeria, this insurgency would have stopped". 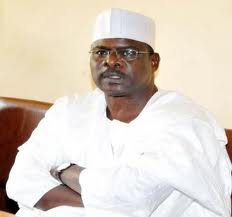 P
Politics Recall: Senators Who Would Want Melaye Out of National Assembly