Curators
The Nigeria Football Federation (NFF), have denied they are set to name Harry Redknapp as the new Super Eagles coach. 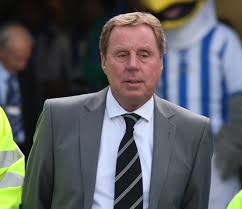 British newspaper, Daily Star, claimed this week that the NFF had approached the former Portsmouth and Tottenham manager, with a view to naming him as the new national team handler.

However, the federation’s spokesperson, Ademola Olajire, says they have never been interested in the Englishman and were looking for a much younger coach.

“Redknapp? In this age? The story is far from the truth,” Olajire told Completesportsnigeria.com on Friday.

“We have nothing to do with him and I can tell you that we have no reason to approach him because we are looking in the direction of a younger and highly experienced coach that can bring new life and positive change to the team.

“I laughed when I saw the story and I was wondering how such a false story was pushed to the media. The body given the assignment to search for a new coach has not even started work, so where was he interviewed and who has he discussed with? It is not true and that is what I can say.”