Curators
To facilitate the development in the Niger Delta region, South-South and South East, lawmakers have urged the federal government to review the ownership structure of oil wells in the country. 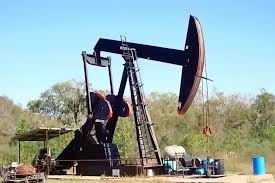 The lawmakers made the call following the region’s first parliamentary session of State Houses of Assembly in Owerri, Imo State, yesterday.

A communiqué jointly signed by the speakers and deputy speakers of Abia, Akwa Ibom, Anambra, Bayelsa, Rivers, Cross River, Delta, Ebonyi, Edo, Enugu and Imo states, said: “The people of the Niger Delta region should possess at least 65 per cent of the oil wells, as opposed to the present ownership structure where less than 10 per cent of the oil blocks belong to our people.”

They noted that the region’s development was being hindered by the present payment mode of derivative oil funds.

“There is an urgent need for the federal government of Nigeria to put in place adequate machineries that would ensure direct payment of derivative oil funds into the hands of benefiting Niger Delta communities.

The lawmakers from the regions also urged the youths to shun confrontation, violence and militancy in seeking redress for the zone.

Politics Era of crying, suffering is over in Niger Delta — Akpabio – The Guardian Nigeria News