In face of the economic hardship and global crisis, various reports indicated that Nigeria has lost billions of dollars because of the 10-year tax break given to Shell, Total and Eni, three of the world’s biggest oil and gas companies.

That staggering $3.3bn (£2.3bn) revenue loss, in a country where millions of people live in extreme poverty, is best understood through the social cost. The tax giveaway, which started in 1999, forfeited an opportunity to grant 70 million young Nigerians access to quality education, rebuild the university system and tackle entrenched problems in the health system.

Despite being Africa’s biggest economy, Nigeria has one of the highest child mortality rates in the world, with more than one in 10 children dying before the age of five. It also has the fourth highest maternal mortality rate: 814 women die for every 100,000 live births. 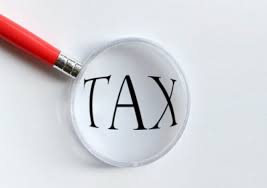 In a recent report, Leaking Revenue, ActionAid revealed how Nigeria lost the billions through a three-part tax break granted to the three multinationals.

It is a striking example of how a global race to the bottom on tax is harming resource-rich countries. Previous ActionAid research shows that tax breaks cost developing countries at least $138bn every year (pdf).

The lost revenue could have contributed to tackling Nigeria’s intractable education crisis. The country has the world’s highest number of school-age children who are not in class – more than 10 million. Nigeria has been struggling for decades to provide education for its young people.