As the name implies, currency swap is an arrangement between two friendly countries to trade in their own local currencies, paying for import and export trade at pre-determined rates of exchange without the use of a third currency like the United States dollar. Since the financial crisis of 2008, central banks around the world have entered into bilateral currency swap agreements with one another. These agreements allow a central bank in one country to exchange currency, usually its domestic currency, for a certain amount of foreign currency. The recipient central bank can then lend this foreign currency to its domestic banks. 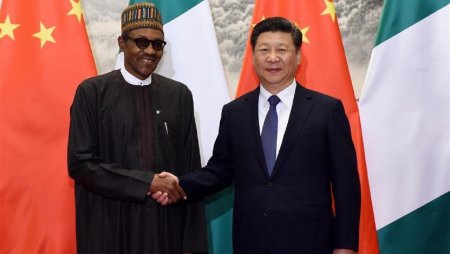 China, for instance, has signed swap deals with nearly 30 countries since 2008 with the biggest being the 400 billion yuan currency swap with Hong Kong in November 2014. According to a publication by the People’s Bank of China, these swap agreements were intended not only to “stabilise the international financial market,” but also to “facilitate bilateral trade and investment.” Noticeably, the swap agreements are denominated in renminbi (also known as the yuan) and the local currencies of the counterpart countries without involving the US dollar. The swaps typically last for three years after which they are renewed.

For example, South Korea, one of China’s largest trading partners, signed a swap agreement with China in December 2008 and has renewed and expanded the swap amount many times. In June 2015, the People’s Bank of China and Bank Negara Malaysia signed an agreement to renew their currency swap arrangement for a further term of three years with the size maintained at 180 billion yuan/90 billion ringgit. The original arrangement was established in 2009 and first renewed in 2012. Africa has now joined the bandwagon. In April 2015, the South African Reserve Bank announced it had signed a three-year bilateral swap agreement with the People’s Bank of China for the exchange of local currencies of up to R57 billion.

Regarding the reported currency swap deal established between the Industrial and Commercial Bank of China Limited and the Central Bank of Nigeria, on the sidelines of President Muhammadu Buhari’s recent visit to China, one can only undertake a cursory analysis since the deal was short on details. Critical aspects of a swap line such as size, duration, effective date and cost were not made public. The CBN is, therefore, urged to communicate the details of the deal especially given the fact that the agreement was signed with the ICBC and not the Chinese PBoC. These details should be uploaded on the CBN’s website as soon as the deal is consummated to enable a thorough analysis of its costs and benefits to Nigeria.

With Chinese exports accounting for about 80 per cent of the total bilateral trade volumes, it has been argued in some quarters that Nigeria does not stand to reap any commensurate benefit from the deal given the large trade imbalance in favour of China. The “flooding” of Nigerian markets with cheap Chinese goods has adversely affected domestic industries, especially in textiles. The currency deal, the argument further goes, would only reinforce Nigeria’s position as a dumping ground for goods from China and rubbish the import-substitution efforts of the Federal Government. The antagonists of the deal also contend that it is rather hasty to accumulate a substantial proportion of the country’s foreign reserves in Chinese currency in view of the volatility associated with the yuan and the fact that it is not yet an international reserve currency.

Nonetheless, it is pertinent to observe that asymmetric trade in favour of China can be tackled within the framework of the agreement. This much was not lost on President Buhari when he urged the business community in China not to “see Nigeria as a consumer market alone, but as an investment destination where goods can be manufactured and consumed locally.” Worthy of note also is the fact that the yuan is on its way to becoming an international reserve currency.

In November 2015, the Managing Director of the International Monetary Fund, Christine Lagarde, had announced that China’s renminbi would become a world reserve currency alongside the dollar, euro, pound and yen with effect from September 2016. This would pave the way for broader use of the renminbi in trade and finance, securing China’s standing as a global economic power. The Chinese currency is already one of the top-10 most traded international currencies, according to a recent report by the Bank for International Settlements.

The Minister of Finance, Kemi Adeosun, had disclosed the plan by Nigeria to issue panda bonds (denominated in yuan) as part of strategies to finance the 2016 budget deficit. Other factors being equal, the currency swap deal is also expected to strengthen the naira since Nigerian traders, who import mainly from China, can now conclude their transactions in the yuan instead of the dollar. And from China’s point of view, the currency swap will increase the demand for the yuan as it marches towards establishing its currency as a reserve currency in the future.

Without doubt, a currency swap deal with China, as the experiences of other countries have proved, is a win-win. It is not for nothing that many developed and developing countries are queuing up to sign currency swap agreements with China – the second biggest economy in the world. The fact that countries that utilised the three-year swap line offered by China opted for renewal is eloquent testimony of its palliative effect on ailing economies. It is, therefore, in the interest of Nigeria to join this growing club of countries seeking to “de-dollarise” and diversify risk in foreign exchange management.

E
Business How to Trade Bitcoin in Nigeria