The Federal High Court sitting in Abuj‎a has refused an application by the former Chief of Defence Staff, Air Marshal Alex Badeh (retd),‎ seeking to stop further hearing on the 10-count criminal charge the Economic and Financial Crimes Commission, EFCC, preferred against him.

At the resumed sitting on the matter on Wednesday, Badeh, through his lawyer, Mr. Samuel Zibiri, SAN, challenged the jurisdiction of the court to try him on the basis of the charge which he said was grossly defective. 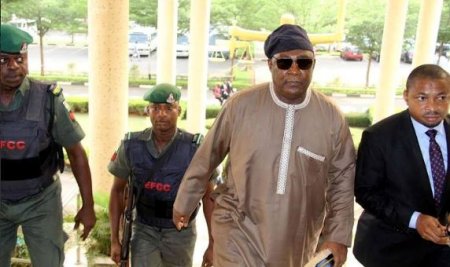 In his application dated March 15, Badeh argued that the charge did not disclose any offence known to money laundering Act, insisting that the charge lacked legal validity.