Senator Bola Ahmed Tinubu, national leader of the All Progressives Congress (APC) has said that the issue of youth employment affects the country more than the issues of security.

“Nigeria sits on many time-bombs, but perhaps the deadliest time bomb of all is that of youth unemployment… There can be no talk of good governance where millions go unemployed and many are under the crushing weight of poverty,” Tinubu said.

He said this while making his chairman’s opening remarks at the first Progressive Governance Lecture in Ibadan, Oyo State. He said, “In Nigeria today, unemployment is not the disease but the symptom of a greater disease – that the architects of our economy have not cared enough to develop an economy where the labor of the average person is valued and prized and that labor then becomes the primary cog of the economy… When considered against its gross earnings, the petro dollars that keeps rolling in, the Foreign Direct Investments, (FDI) and other potentials, the unemployment figure in Nigeria particularly among the youth, is totally unacceptable and unjustifiable.”

The former Lagos State governor said that the Peoples Democratic Party’s (PDP’s) government’s claim that Nigeria had one of the world’s fastest economies and that the economy’s GDP expands by 7% yearly wasn’t being felt by Nigerians. Instead, he said, we have “a rentier economy, fuelled by prebendal politics,” one that “isolates and oppresses millions of Nigerians, leaving a few to enjoy the resources of the state.”

According to Tinubu, this situation would only worsen unless Nigerians woke up to demand answers to some of the aggravating issues of blatant corruption, with the oil sector particularly reeking of it.

“Can this government tell Nigerians why there is a conflict between its revenue figures and that of the Nigeria Customs Service authority which revealed that Nigeria lost over N1.7 trillion ($10.3 billion) to the retrogressive waivers granted by the Finance Ministry?

“Can this government step forward and tell Nigerians why $20 billion oil revenues from Nigerian National Petroleum Corporation (NNPC) remain unaccounted for? What about the Kerosene Subsidy scandal and the almost N1 trillion that has disappeared? Where is the impact of the billions buried in Sure-P?”

Tinubu observed that “the country is in free fall despite shrill explanations to the contrary.” He said the APC government would do better: “we would seek the restructuring of our educational system to prepare our youths for the present challenges of this economy and not educate them in a manner more appropriate for another land.” 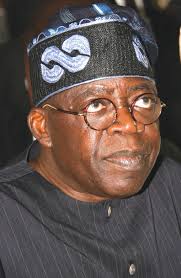