Britain is one of the least corrupt countries in the world, with UK public officials seen as some of the most honest anywhere, according to a comprehensive new report.

Transparency International, a global charity with over 100 national chapters, ranked 168 countries’ corruption in the public sector on a scale of 0 to 100, with lower scores reflecting levels of corruption and higher scores being seen as very clean. It canvasses experts views’ of graft among state employees. 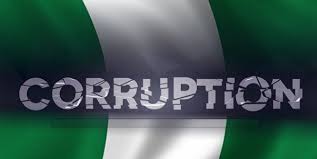 Mr Barrington said: “Britain has a Prime Minster who is talking a good game on anti-corruption with plans for a global summit on it in May. Whether he delivers on that remains to be seen.”

He added there had been few major corruption scandals in the UK in 2015 with the exception of in banking, “though the public seem to have become used to these as they have become so frequent”.

Business Current List Of Most Corrupt Countries In The World. Ghana Has Overthrown Nigeria – Nairaland