The Osun state command of the Nigeria Police force Police, yesterday, intercepted a vehicle loaded with 14 goats in Ede, headquarters of Ede South Local Government Area, detained the goats, while the driver escaped.

A police source said a team of policemen patrolling Sekona/Nigerian Army Regiment Construction Company Highway ordered the owner of the vehicle to stop but the driver refused.

It was gathered that the police team, led by one Inspector Ajayi Sunday, chased the driver from Sekona junction to Cemetery Area in Edun-Abon, where the driver parked the vehicle and escaped before the police arrived. 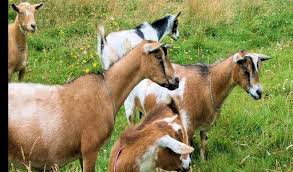 The vehicle and the goats were taken to the station. Confirming the arrest of the goats, the state Police Public Relations Officer, Mrs Folasade Odoro, said the goats had been detained.

She said the goats would remain in the police custody until the owner(s) showed up, adding that investigation had begun.