Nigeria U-23 team escaped plane crash while travelling to Gambia on Sunday morning as part of preparations for the African U-23 Championship scheduled for Senegal.

The Dream Team VI opted for the West African country after the initial trip to Morocco was cancelled due to visa issues, Goal reports. 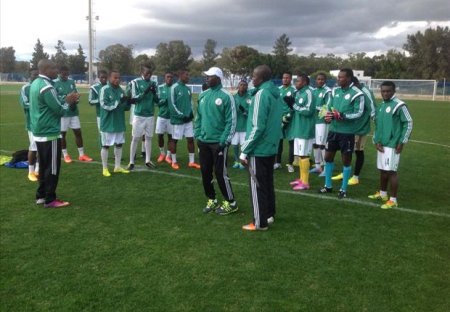 A senior official of the team said the pilot of the Arik Aircraft made an emergency landing in Accra, Ghana, due to technical problems.

“Thank God for his goodness and his mercies that we escaped a plane crash on our way to Gambia. The pilot had to make an emergency landing in Accra and we are still in Accra,” the official told Goal.

The team is likely to depart Accra on Sunday evening after the Nigeria Football Federation come up with new travel plans.