The General Overseer of the Latter Rain Assembly, Pastor Tunde Bakare has called for a revolution in Nigeria, saying that’s the only way to address the fundamental error of government.

Bakare who said this during the 27th anniversary thanksgiving of his church on Sunday pointed out that the revolution should be a radical transformation of values which should transcend politics and change of government. 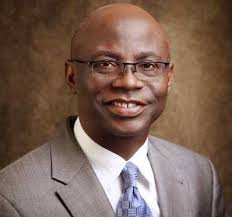 He also berated the current government over its stance of waiting for an upsurge in the price of crude oil before reviving the economy.

Bakare said, “While appreciating the positive developments in our democratic experience, especially the attempts by past and current governments to eliminate systemic leakages, I shall seek to prove that, by a fair preponderance of the credible evidence, the state of the nation calls for a revolution.”