The Zambia's Chipolopolo remain in the hunt to qualify for the 2018 World Cup, and ahead of their showdown with the Nigeria's Super Eagles in Uyo on Saturday, here are five players who could hurt Nigerian side the world cup ticket

The Mamelodi Sundowns of South Africa's shot stopper will be one of the Super Eagles' biggest obstacle on Saturday. The Goalkeeper has a complete control of the box.

The 34-year old player is the skipper of the team, the responsibility which has improved his performance drastically between the sticks.

In Zambia's last qualifying match against Algeria, the goalkeeper proved his worth once more by saving a penalty before making several important saves to ensure his team left Algeria with the maximum points.

The Super Eagles attackers will have to be in their best to beat him in Uyo on Saturday.

The 18-year old Red Bull Salzburg of Austria striker is one of the jewel in the Zambian team. On his day, the striker can cause trouble for any defence.

The Nigerian defence comprising of Elderson Echiejile, William Troost-Ekong, Leon Balogun and Abdullahi Shehu will have to be at alert to keep the 18-year old at bay.

The 19-year old player was part of the Zambian Under-20 set up before being promoted into the senior team.

Mwepu is likely to be introduced from the bench at the closing minutes of the match. The Nigerian technical team must have a plan in place for this energetic player whenever he is introduced into the party. 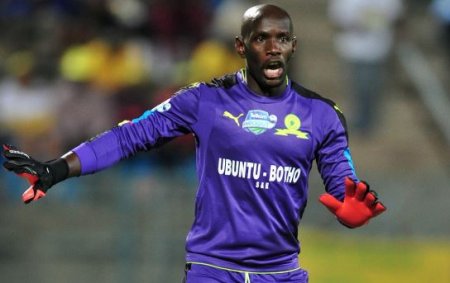 Emmanuel Banda was a member of the Junior Zambian team roster that won the 2017 U-20 Africa Cup of Nations and finished in the quarterfinals of the World Cup last May where he scored a goal against Germany in the Round of 16 as Zambia eliminated Die Mannschaft from the competition.

The hardworking midfielder who plays for Oostende in the Belgian First Division A is a player to watch out for in Uyo.

5. Brian Mwila: The Platinum Stars striker bagged a fantastic brace in the 3-1 win over Algeria in Lusaka. He made his debut for Zambia last June and has now scored seven goals in just eight apperances. The Nigerian rearguard will need to be alert to stop his threat as he is deadly in the six-yard box.