Curators
The Nigerian Army Band got so many commendations after bringing their A-game to the annual Royal Edinburgh Military Tattoo, an international military event.

The 2019 edition of the Royal Edinburgh Military Tattoo was held on Wednesday August 7, at the Esplanade Castle in Scotland. It featured series of military tattoos performed by British Armed Forces, Commonwealth, international military bands and artistic performance teams. 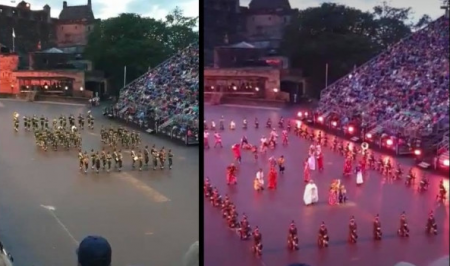