The Nigerian Army, yesterday, reiterated its loyalty to President Muhammadu Buhari’s government, saying it would ever remain apolitical.

The Army also said it was capable of defending the territorial integrity of the country when threatened. 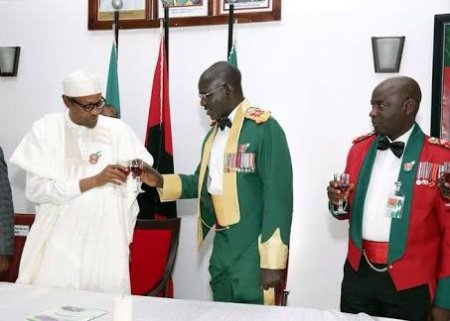 Chief of Army Staff, COAS, Lt General Tukur Buratai, who said this in his goodwill message to Nigerian Army Day interdenominational church service held at All Saints’ Military Church, Mogadishu Cantonment, Abuja, insisted that the army, under his leadership, was not only totally loyal to the President but also committed to the sustenance of the country’s growing democracy.

To this end, he charge officers and men of the Nigerian Army to remain focused, disciplined and loyal to constituted authority while ensuring that they carried out their roles effectively.