One of the Miss Nollywood Queen, Queen Grace Okoro Adaeze has been dethroned over arrogant behaviour, the Organisation shared on their official Facebook Page.

Part of the statement reads:

''This is to Notify the Public (social Media, Press, Prints) and all news platforms that One of our Queens Queen Grace Okoro Adaeze (Miss Nollywood Culture and Tourism) has been dethroned and is no longer a queen of Nollywood.. For going against the policies and rules of Miss Nollywood Organisation... 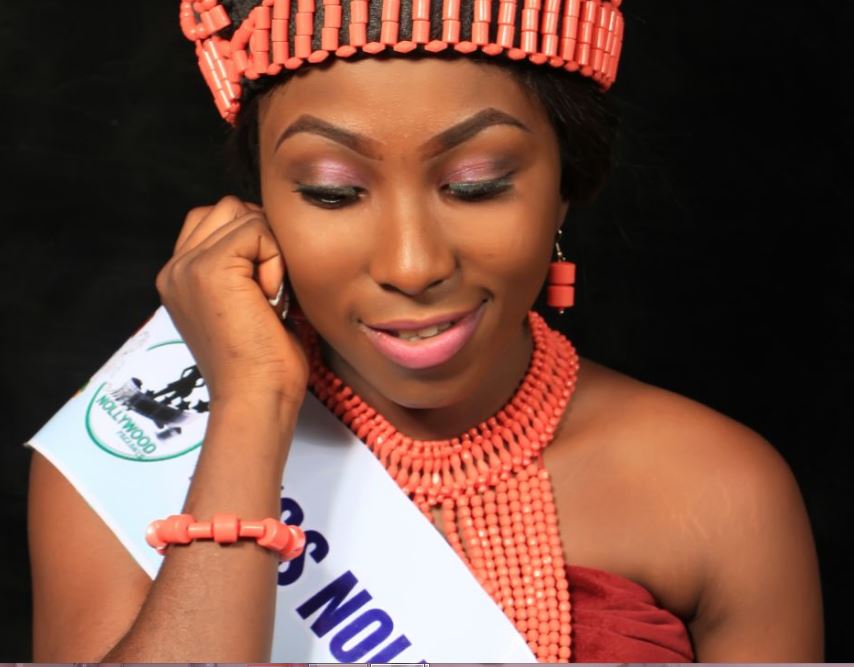 1.Miss Grace impose herself a manager one Robyn Gawa, who is an imposter, a fake Manager Not recognised by the Organisation, who carries himself as a worker of MNF, we are clarifying that Robyn Gawa is neither a worker nor among the MNF organising team..

No Queen in any part of the world has the right to name herself a manager, without the approval of the Organisation, It's an insult..

2. As a Queen of Nollywood whatever that happens to her, is on the Organisation, But Grace appears in Programs (travels all around) without the consent of the organisation, even when she was told to return she replied MNF in quote 'No one can stop me'.
The organisation has been very lenient with Miss Grace and she was warned severally..

3. Grace was recently in Bayelsa, where the organiser EBarakumo Odede is based, but she cared less about informing him, She Lodged in a Hotel with her fake Manager and stayed for over a week, The Organisation knows nothing of what they did, If not for the good relationship the MNF have with Hotels, which led to reliable sources contacting us if we are aware of Grace's whereabouts?

4. During her stay, Grace was even asked if she had told her Boss of her travel.. she confirmed that 'I don't really think it's he's business'.. 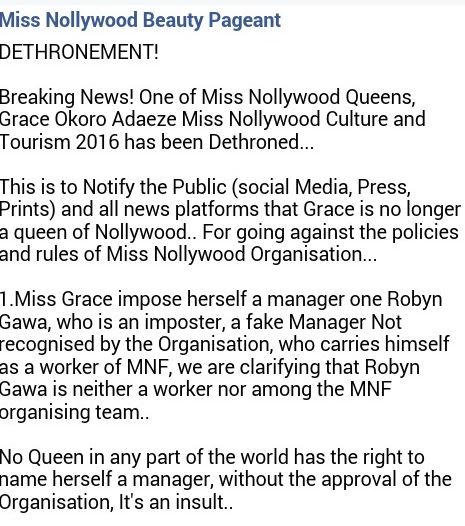