Nigerian Bulletin Personality Of The Week 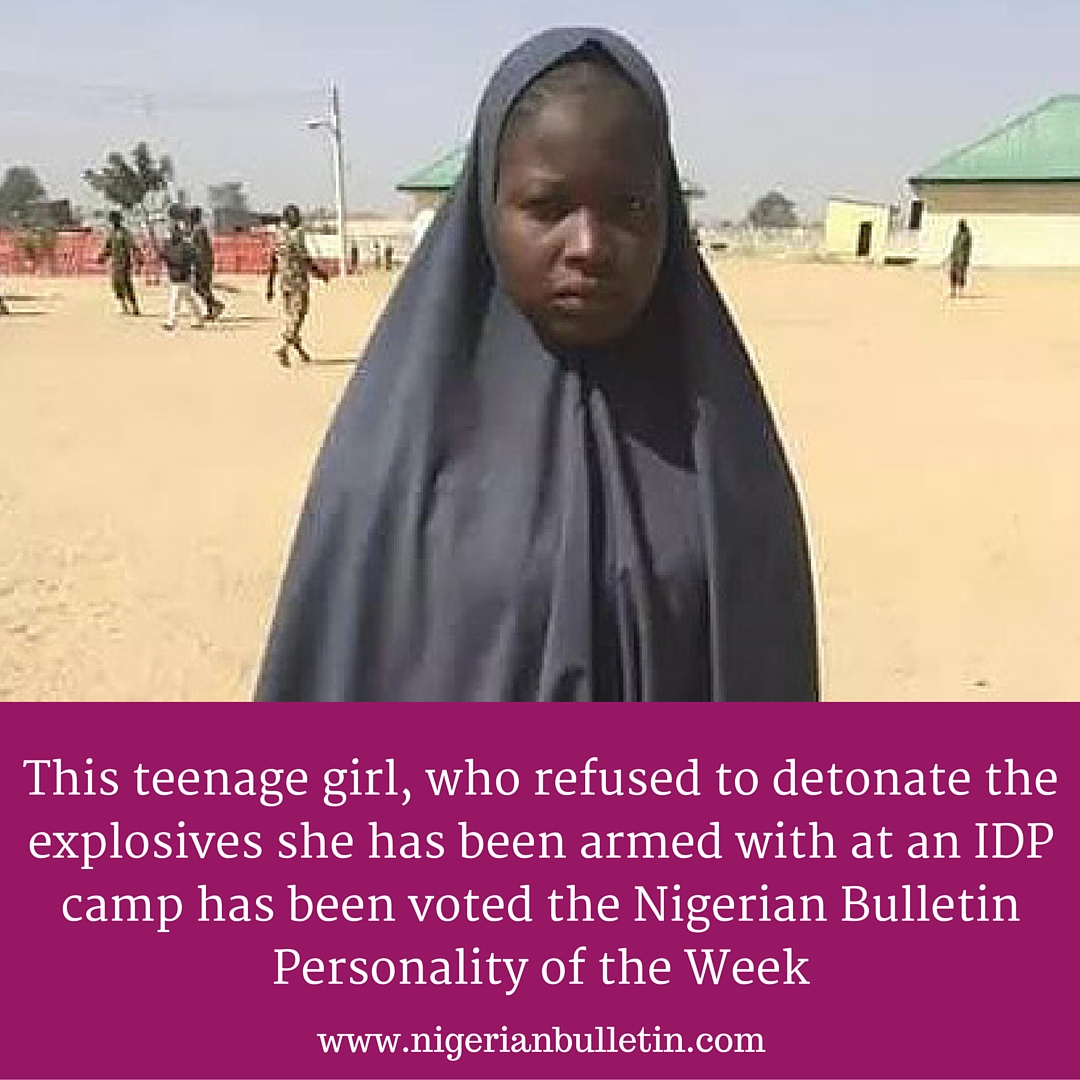 A teenage girl packed with explosives by Boko Haram ripped off her vest to avoid taking part in the attack on Borno Internally Displaced Persons camp (IDPs) in Dikwa, Borno State on Tuesday
When the young woman was asked why she failed to detonate her explosives, she said she was shocked to see so many people dead, adding that she did not want her parents, who were in the camp, to be killed.”

Her bravery, compassion and love for her parents are greatly admired.

She has been voted by our numerous voters as the Nigerian Bulletin Personality of the Week.

Curators
Good call by all those who voted! Her action has given some people another chance and more time with family and friends. These acts should be encouraged
P

A good girl.... This is a true Nigerian. Despite the brainwashed and several training by the Militant group... the feelings of motherhood still within her.
M

I wish her the best in life. Hope the Nigerian Government do something for her..

Apr 16, 2020
jade
J
E
Metro VIDEO: Inside IDP camp where 130 children are locked out of classrooms - The Cable

Jul 31, 2019
ese
E
J
Video Nigeria News Today - Simi confirms the end of her marriage to singer Dr Sid, reacts to report she was violent towards him