Curators
The Nigerian Union in South Africa on Thursday said another Nigerian, Mr. Uchenna Eloh, has been killed in the Western Cape Province of that country.

Chairman, Western Cape chapter of the union, Kanayo Onwumelu, told the News Agency of Nigeria on telephone from Cape Town that Eloh was strangled to death by a South African policeman.

“We want to call the attention of Nigerian Government to the senseless killing of innocent Nigerians by the police in South Africa.

“He was walking out of his house toward the bus station when a police van stopped to search him, suspecting that he might be in possession of illegal substance.

“Three policemen accosted Eloh, one of them, by name Williams, held him on the neck, suspecting that he swallowed a substance, while another police officer held him by the legs,’’ he said.

The union official alleged that the policemen dragged Eloh on the ground until he started foaming and suffocated to death on the spot.

“This is not the first time such senseless killing of innocent Nigerians was carried out by South African police officers.

“We have reported similar killings to the South African Government and Nigerian High Commission in South Africa, but nothing was done to bring the culprits to book.

“We want the Nigerian Government to intervene to stop this brutality against innocent Nigerians and stop killing Nigerians out of hatred, racism or xenophobia,’’ Onwumelu said.

“Our government needs to do something urgently to make it clear that Nigerian lives matter.

“We have made suggestions on what can be done, but it is now clear to us that the endless talks cannot yield any positive result,’’ Anyene said.

He said the union had engaged a lawyer to take up the case against South African Police Service.

The union said the police have opened an inquest into the case. 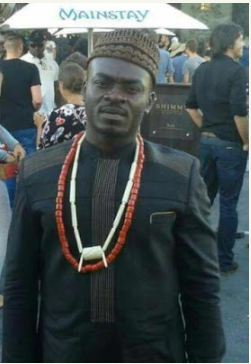