Politics Nigerian Senate Takes Action on Death of NYSC Corper Who Was Supposed to Pass Out Today; Saraki Weighs In

The Nigerian Senate has resolved to investigate the circumstances surround the death of Miss Linda Angela Igwetu, the NYSC Corper who was allegedly shot by a Police Office two nights ago.

Senator Atai Aidoko, citing Order 42 and 52, raised the issue, stating that while on her way home with her friends, the corper was shot and rushed to Garki hospital, Abuja but was not treated because they needed a police report.

The Senate, thereafter resolved to:

All three Committees have been directed to report back to the Senate in 2-weeks.

Commenting on the Motion, the President of the Senate, Dr. Abubakar Bukola Saraki, said:

“There are two issues here. One, is how could this have happened? How could the officer mistakenly or otherwise have shot in such a way that led to this young ladies death?

“Secondly, we have passed this Compulsory Treatment and Care of Victims of Gunshots Act, and the President assented to it on the 30th of December 2017, meanwhile, they took the young lady to a hospital and they did not treat her.

“If they treated her, she would not have bled to death. Until we start holding people accountable to these kinds of incidents, they will not stop. 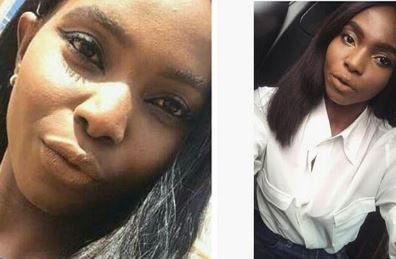 “What is the point of us passing a Bill, and the President assenting to it, then it becomes law, and still, people will decide that they will not treat a patient.

"Every Nigerian life is important. Especially young ones that are just about to start their own lives and careers. This is a loss that could have been avoided. We must continue to show that we will continue to defend our people and defend them here. Let us stand and observe a one-minute silence for Ms. Linda,” Saraki said.

E
Politics Buhari And Saraki Shun Each Other On Birthday - Nairaland

Dec 20, 2019
ese
E
E
Politics I built it with my personal funds’ — Saraki speaks on EFCC’s move to seize his Ilorin property - The Cable