About 5,000 people were rescued from the Boko Haram by soldiers and members of the vigilante, Civilian JTF, the Nigerian Army has said.

The Army spokesperson, Sani Usman, also said a member of the Civilian JTF was killed on Saturday during the battles with the Boko Haram. 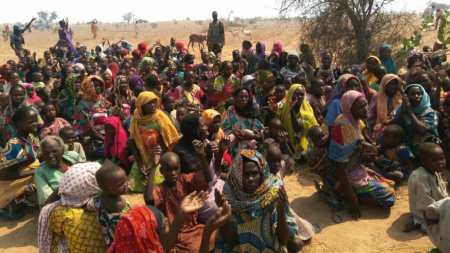 Mr. Usman, a Colonel, in his statement also said weapons, ammunition and transport equipment like motorcycles were recovered from the raided camps around Mafa, a local government headquarter about 40km from Maiduguri, the Borno State capital.

The Army has in the past year retaken most of the territory initially occupied by the insurgents whose activities have caused the death of over 20,000 people since 2009.