Few days after a clampdown on Alargano, the spiritual headquarters of the terrorist sect, Boko Haram, the Nigerian Army said it has successful captured it.

The head of the counter-insurgency operations in the North-East (Theatre Commander of Operation Lafiya Dole), Maj. Gen. Lucky Irabor, while addressing newsmen on Tuesday said the Nigerian troop offensive to capture Alargano initiated on March 18, 2016 has been successful concluded on Monday. 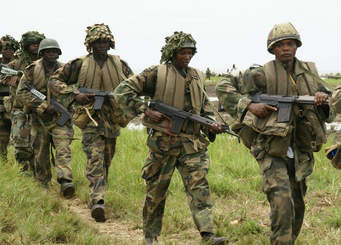 He said the offensive commenced on March 18, 2016 at about 0900 hour with troops of 3 and 7 Division assisted by air bombardment by the Nigerian Air Force (NAF).