The Deputy National Leader of the Northern Elders Forum, Dr. Paul Unongo, has said that former President Goodluck Jonathan should be probed over the $2.1bn arms deal.

Unongo, said the former President should be jailed if found to have corruptly enriched himself in the $2.1bn arms deal and refuses to refund his share of the loot. 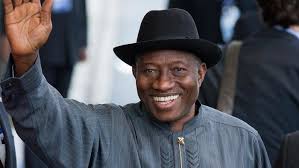 Unongo, however, said the former President deserved consideration for conceding defeat in the last general elections and by helping the country to avert an impending national crisis.

Unongo also added that the Federal Government had not ordered the arrest of Jonathan because the government ‘was trying to be careful and abide by the dictates of the law in order not to be seen as dictatorial’.

E
World Presidency fires back at Northern Elders Forum over verdict on Buhari, says it is a "quasi-organization with no credible membership" - LIB

Politics Dogara: Where are the northern elders who criticised Jonathan over insecurity? – TheCable