The Economic and Financial Crimes Commission, EFCC, has arrested former Chieftain of the All Progressives Congress, APC, Tom Ikimi.

Ikimi, a former Minister of Foreign Affairs to the late Nigerian Head of States, General, Sanni Abacha was arrested by the anti-graft agency over his role in the arms deal scandal. 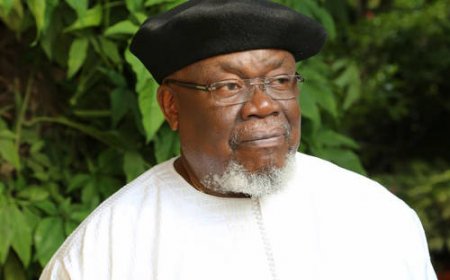 A source at the commission told SaharaReporters that Ikimi who decamped from APC to support former President Goodluck Jonathan bid for a second term, was involved in the $2.1billion arms funds scandal.

The source said the former Minister had been grilled at their Abuja office over two days, adding that he was allowed to go home each day after interrogation due to his health.