A former finance Minister, Senator Esther Nenadi Usman, has reportedly refund a substantial amount said to have been given to her by the Office of the National Security Adviser, NSA.

A competent source in the Commission confirmed to Vanguard that Usman had been cooperating with the operatives interrogating her.

More importantly, the source said she had refunded an undisclosed amount of money to the EFCC.

“I can confirm that the former minister has refunded some money but I will not tell you how much she has made available to us,” the officer said. 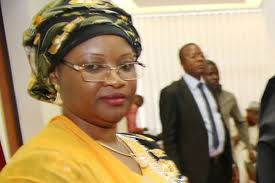 The powerful female Kaduna politician, who served as the Director of Finance for the Peoples Democratic Party, PDP, Presidential Campaign Organisation, reportedly received N2.5 billion from the N4 billion that was released from the Central Bank of Nigeria, CBN, on the orders of Colonel Sambo Dasuki, a former National Security Adviser,NSA, in the heat of the 2015 elections.