NLC, President, Ayuba Wabba faulted the comments on Tuesday describing it as ‘jaundiced’ 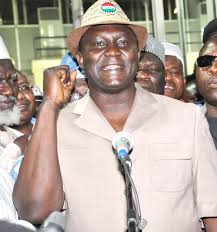 Wabba dismissed Okupe’s figures as “political statistics” that are neither good for his health nor the health of those with whom he seeks to impress.

According to him, the NLC staff salaries and allowances were not the reasons the economy of the states were in shambles, pointing out that the Congress believed serial corruption in the states was responsible.

Apart from the states’ failure to save for the rainy day, high cost of governance through hiring of aides on high salaries, unlawful and unacceptable severance packages for ex-governors and their deputies, cost of political expediency, failure to invest, were to blame.