The Nigerian Liquefied Natural Gas Ship Management Limited, a subsidiary of the Nigeria LNG Limited, has slash Seafarers salaries by 50 per cent with effect from September 1.

The decision is said to be in response to the more than 60 per cent reduction in the company’s revenues occasioned by the drop in the global oil price, which has fallen from $140 to about $40 per barrel in the last one year.

The decision, he explained, was taken to minimise the need for staff lay-offs as had been the case in several companies in the industry. 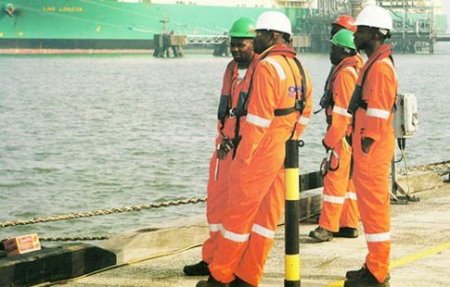 He stated that the company’s Nigerian officers’ dollar- denominated wages, upon conversion at the existing rates, far exceeded wages for their peers who were being paid in naira.

The oil major said the force majeure was declared on August 8, 2016, following a leak on the Eastern Gas Gathering System pipeline through which it supplies the bulk of Shell’s gas to NLNG.