President Jonathan has called upon teachers to halt their plans to commence a strike, promising them that he was working on a speedy resolution to the health concerns in the nation.

He also stated that Nigeria has put the Ebola virus under control and that the country's current level of alertness would ensure that, were Patrick Sawyer to arrive the country this instant, No Nigerian would contract the Ebola virus.

#PremiumTimes has this story:
"“Presently there is no case of Ebola in Nigeria, nobody in Nigeria has Ebola now. All the people that had the symptoms of Ebola have recovered. Out of 19, we lost seven and the others have recovered. Yes, there are a few people we are observing,” he said.

The President, however, noted that in spite of the efficient management of the disease in Nigeria, there may still be a reoccurrence as the disease was still being battled in other West African countries such as Guinea, Liberia and Sierra Leone.

“The likelihood that characters like the late (Patrick Sawyer, the Liberian-American who brought the disease to Nigeria) can come in one way or the other is also open. But government is also very mindful of that. Presently, our airports are properly protected. If Sawyer were to arrive Nigeria now, no Nigerian would have contracted Ebola because of the level of preparation,” Mr. Jonathan assured. 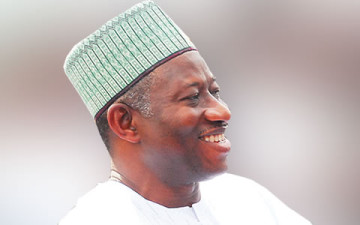