Politics 'Nobody Knows the Source Of PDP Campaign Funds' – Kwankwaso

Alhaji Musa Ilyasu Kwankwaso, a former Commissioner for Rural Development in Kano State, also a leading member of the Shekarau camp of the Peoples Democratic Party (PDP) in Kano has said in an exclusive interview with THE SUN that the arrests of top members of the party in the state under the guise of anti-corruption fight is gravely unjust. He asks that the EFCC should also probe APC, and other parties on the 2015 Presidential campaign funds. 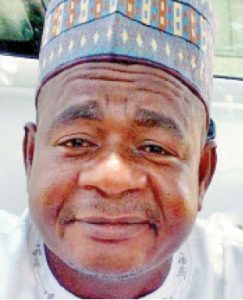 Below are few excerpts from the Interview:

What is your reaction to the arrests of leading PDP members in the state such as Malam Ibrahim Shekarau, Ambassador Aminu Wali , your gubernatorial candidate, Malam Salisu Sagi Takai and several others over the 2015 Presidential Campaign Fund?

Actually, my view is that the present development is a manifestation of the highest level of political injustice. The Federal Government under the leadership of our President is killing our democracy. I honestly feel that the issue of campaign fund is an experience that took place in all the political parties, PDP, APC and others. It is not exclusive to PDP. To single out PDP is injustice! Interestingly, the APC spent billions of Naira to execute their campaign across Nigeria. They paid for adverts like any other party, they erected huge bill boards that were intimidating in cities across Nigeria and they undertook other fantastic expenses, flying round the country, holding huge rallies like other parties. Like others, they, in one way or the other, supported different relevant agencies that were to help ensure the elections were peaceful, to make the election smooth and successful. The big question is how come EFCC’s investigation is just about PDP and nothing is heard about APC? How come it is only the leaders of the PDP that are called to make statements or are detained at EFCC offices across the country? Are all the APC members saints? That is why I said that it is all injustice. I saw in the paper, they said that they are looking for N23 billion NNPC’s money….. But we did campaign appeal fund in Lagos and realized some money. Here in Kano, we held an appeal fund and got some money. We only got assistance from our party’s national headquarters for N950 million. That money came through our leader, Aminu Bashir Wali and was shared in line with the needs of the party. Isn’t it surprising that months after, somebody is coming to arrest you, to say that the same money from your party headquarters came from the NNPC? In any case, just how were we, at that time, to know the source of the assistance that was given to us? That is why I said earlier that this whole arrests and intentional denting of our leaders’ creditability is unjust. And I am calling on Mr. President to call the EFCC to order.


At the time the money was shared, do you have any knowledge that the money was not regularly sourced? Was there any sort of suspicion?

How can you know that the money was brought from the NNPC. Nobody knows the source of the money. I will say the information was unavailable at that time. But let me also say this, that Governors, Senators, the House of Reps and many people in APC also got money that needs further explanation. How did they finance their campaigns? Let them speak out. Did they finance it from their family savings or from various supports, some of which were institutional?


Kwankwanso also touched on the recent increment in the price of petrol, despite the promise of 'Change'. He simply said; 'Nigerians will judge'.

K
Politics Kwankwaso to Tinubu: Take care of your health… 2023 campaign is very rigorous - The Cable

Jul 11, 2022
Kayode Israel
K
K
Politics It is in the interest of Kwankwaso to take the Vice Presidency. Peter Obi is the man of the moment- Labor party chairman, Julius Abure – Linda Ikeji’s