Curators
Three lecturers of the Obafemi Awolowo University, OAU have been awarded grants and fellowships for the 2016 Demographic and Health Surveys, DHS Program. 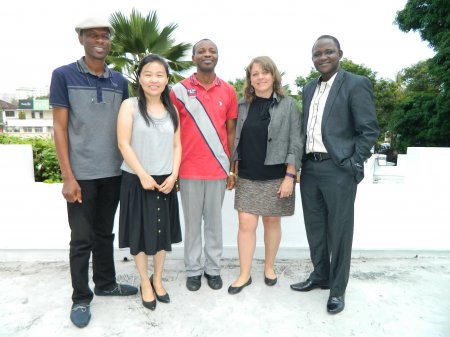 The lecturers all from the Department of Demography and Social Statistics, OAU will receive a grant worth $10,000 to prosecute the program after attending a two-session workshop on DHS programs in South Africa and Tanzania.

According to USAID/ICF, 2016 witnessed an increase in the number of applications received yearly.

‘This year we had 86 applications, with at least two applications from each of the seven countries on the announcement (Nigeria, Ghana, Namibia, Lesotho, Malawi, Zambia, Kenya).’ The agency noted.

DHS program deals with a dataset of over 300 surveys derived from over 90 developing countries, Nigeria inclusive and the fellowship and awarded grant will continue till August 2016.

Speaking on the importance of the survey, one of the awardees, a senior lecturer in the Department of Demography and Social Statistics, Dr. Titilayo Ayotunde noted that the benefit of DHS to the society is immeasurable in that it derives unique data from the countries sampled.

‘The DHS dataset contain the reproductive health histories of women age 15-49 and men age 15-49 in at least half of the nationally representative selected households.

It is a very good and reliable data source for matters, programmes and policies on fertility, family planning and contraceptive use and methods. It is so reliable for maternal, infant and child health (morbidity and mortality record) for the countries.’ Dr Titilayo noted.

The DHS program is a project of the United States Agency for International Development, USAID.