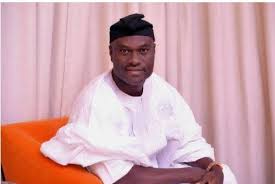 Ogunwusi’s appointment was announced by the government at 2:49am.

According to the Secretary to the State Government (SSG), Alhaji Moshood Adeoti,“The Osun State Governor Rauf Aregbesola has approved the appointment of Prince Adeyeye Enitan Ogunwusi of Giesi Ruling House as the new Ooni of Ife.