Politics Okorocha: I Don't Know If Rainfall In Imo Is Acidic, It Has Destroyed All Roads - Nairaland

Governor Rochas Okorocha, has lamented the high rate of damages rainfall in Imo State has caused his administration.

The governor who said the rainfall has destroyed almost all the road projects in the state, wondered 'if the rainfall are acidic'.

Okorocha stated this on Monday during the swearing ceremony of Mr. Mark Uchendu, as the new Secretary to the Government of Imo state, 9 permanent secretaries and others by the acting solicitor Ministry of Justice, Chinyere Ibeh who represented Attorney General of Imo State. 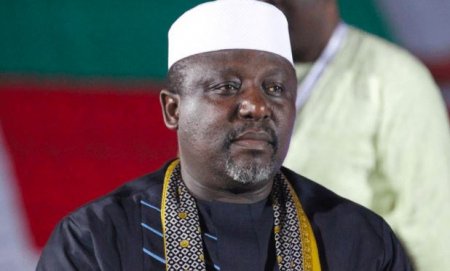