Although the Ondo gubernatorial election took off on an encouraging note in most polling centres across the state, reports of card reader failure appear to be slowing down the voting pace.

INEC officials and voters arrived at polling units several minutes before the 8 a.m. start time for accreditation and voting.

The card reader at Unit 2 ward 9 Oke Aro/ Uro by CAC Primary School in Akure failed forcing electoral officials to call the attention of the technical officer who promised to bring another card reader in about 10 minutes, Premium Times gathered. 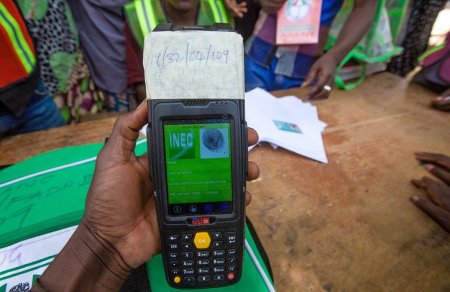 Voters was said to became agitated and asked the officials to use incident form if the replacement isn’t coming on time.

Also, the card reader for Alagbon ward 2, unit 22, Ilaje LGA, developed faults not long after accreditation and voting began in the unit and voters remain stranded.