The Oodua People’s Congress, OPC, has called on leaders in the southern part of the country to caution a group called Niger Delta Agitators over the threat of eviction of Yoruba residents in the region.

It warned that the backlash of such a move may not be palatable.

The OPC, in a statement issued at the weekend, condemned the call saying it “could deflate the robust relationship being experienced by the Southwest and the Southern counterparts.”

According to the OPC in the statement, signed by its national coordinator, Gani Adams, the recent threat issued by John Duku, leader of the Niger Delta Agitators was the second of such in recent time.

”We know that the position of the Militants may not reflect that of their leaders,” OPC said. 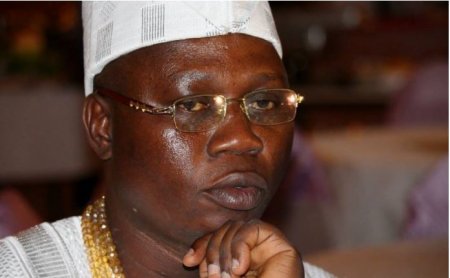 The OPC said it identified the need for the leaders of Niger Delta to caution the militants because “there is a need for them to speak out against the move of the group”.

It said the move may have an ”ill effect of further threat against our people in the Niger Delta region. We see the Southerners as friends but we are not in any way comfortable with the threat to quit.”

The OPC warned the agitators to realise that “there are more indigenes of their region in the Southwest than the South westerners in their region” and thus demand that “Yorubas must be safe in Niger Delta.”

Nigeria has been rocked by ethnic agitations across its numerous regions in recent weeks.
Last edited by a moderator: Aug 27, 2017