The Independent Corrupt Practices and other Related Offences Commission (ICPC) has filed new charges against former Minister of Niger Delta, Godsday Orubebe, before an Abuja High Court, for allegedly diverting close to N2 billion naira meant for the dualisation of Section IV of the East-West Road.

ThisDay Newspaper reports that he is charged alongside Oludare Lawrence Alaba, Ephraim Towelde Zaki and Gitto Construction Limited on a five-count charge bordering on alleged corruption, diversion of funds and perjury. 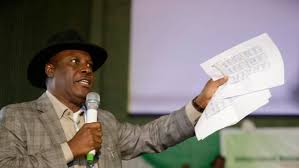 He is to be charged for circumventing a Federal Executive Council, (FEC) approval for the dualisation of the Eket – Oron Road, part of the East-West Road which runs from Edo to Bayelsa states, by allegedly instructing the contractor, Gitto Construction, to rehabilitate it instead.