Adams Oshiomhole, the governor of Edo State, has disclosed that among his administration's core drive is to ensure that his successor in 2016 inherit a stable and robust economy to be able sustain and continue with the infrastructural development in the state.

Oshiomhole said he will shore up additional revenue in the state. 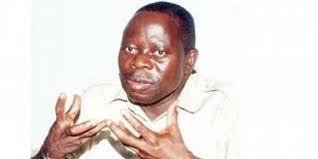 Besides, the governor also reiterated the state government’s determination to collect to the letter the land use charge especially on properties owned by “high and mighty” in the society. He added that revenue realised from the tax would be deployed to develop the state.

Governor Oshiomhole stated this during a town hall meeting with stakeholders held in Benin, Edo State capital where he reeled out the major successes and challenges of his administration in the past seven years in office as governor of the state.

He declared that the task of taking Edo State to the next level cannot be compromised therefore the rich must be ready to pay the needed taxes in view of the obvious financial constraints facing the state and the country or they should be ready to face prosecution.

The governor stated that within the past seven years, the administration has deployed the resources that accrue to the state from the federation account judiciously towards the construction of massive roads across the three senatorial districts of the state; building of new schools, the construction of the state of act multi billion naira Central Hospital launched, erosion control, prompt payment of workers including teachers, effective security to pave way for guaranteed enabling environment for private investors to thrive, among others.