Curators
Distraught children of late Roselyn Osiugie, the woman that was allegedly murdered by her husband last Friday in Oshodi area of Lagos, have revealed that their father had earlier attempted to take their mother’s life on two occasions. 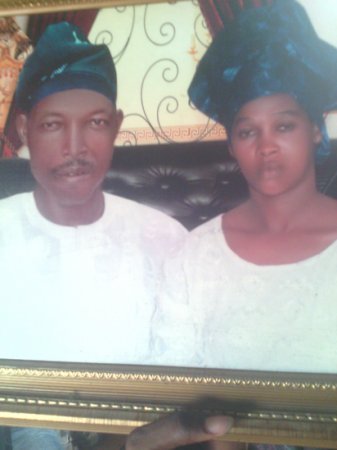 This is just as the family of the deceased alleged that the suspect, Jafar Osiugie, 50, killed her for ritual purpose. The last attempt on their mother’s life, according to the children, happened two weeks ago.

According to Vanguard, the children alleged that on one of the occasions, their father, pinned their mother down and held her by the neck, forcing her to defecate on herself.

But the 50-year-old suspect was said to have released his grip when his eldest son, Collins, 19, stumbled on the scene. About two weeks ago, Collins alleged, he met his father trying to suffocate his 46-year-old mother with a pillow.

He said: “Immediately I entered the room, he was shocked and asked what I was doing there?”

Speaking with Vanguard, younger brother to the deceased, Mr. Israel Imomoh, said: “Everything points to ritual killing. First, he (Jafar) never ate with the wife until that day. He was not usually home either. “My late sister always drank tea before retiring to bed. On that day he was the one that prepared the tea. From all indications, it is obvious that he drugged her tea because she did not put up any resistance while he was cutting her neck.”

Meanwhile, policemen are guarding the 50-year- old suspect at the Falomo General Hospital, Ikoyi, Lagos, where he was said to be lying unconscious. A reliable police source said: “Jafar Osiugie, who hails from Edo State, is still lying unconscious at the hospital.

Mar 20, 2022
ese
E
E
Metro Woman reveals she tried to commit suicide to frame her boyfriend for murder because he broke up with her - LIB