Curators
says the federal government has spent N1.5 trillion on the power sector in the past two years.

In July, the vice-president said the administration has invested N900 billion in the sector since it assumed office in 2015.

In August, the federal government approved another N600 billion intervention fund for the sector.

Speaking on Tuesday at the Kainji hydro power plant in Niger state, Osinbajo said the government is putting in place policy reforms that will guarantee access to affordable electricity for Nigerians. 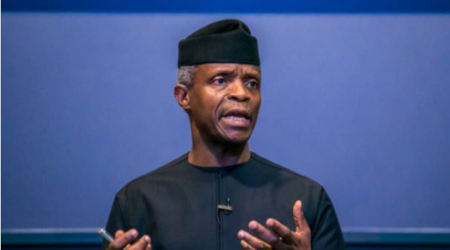 Politics Power: We have invested N900bn since assumption of office – Osinbajo – P.M. News