Three children of the late Alhaji Hakeem Saludeen have been rendered fatherless by their own mother after she connived with an ex-convict to murder him.

The gruesome incident has left the children staring at an uncertain future, with their mother incarcerated at Ilesha prisons, where she has been remanded after her arraignment by the Osun State Police Command

The children, Barakat, 17, Uthman, 15 and 12-year-old Fatima, despite urging by members of the extended family, have decided to keep staying at their parent's home rather than relocate to the family house across town in Osogbo.

One of the children, Uthman and the elder sister, Barakat, told Saturday Sun they preferred to live in the house alone located in a suburb of Osogbo, the capital city of Osun State.

“We can only go out when we want to visit our grandma,” they said together. The grandmother he referred to is the 95-year-old mother of their late dad, and who is fondly called Alhaja Mosobalaje.

With food supplies running low, and their dreams of pursing respectable careers in the future fading away, the children couldn't hold back the tears wondering what would become of them.

Sunday Sun gathered that Salaudeen, in his early 40's was brutally murdered in his house about 3.00 am by his wife who hired an ex-convict, Oladapo Dolapo. The ex-convict is alleged to have stabbed Salaudeen in the stomach with a knife as his wife choked him with a pillow.

At the headquarters of the Osun Police Command, where she was paraded along with her accomplice, Omotayo confessed that she and Dolapo connived to commit the crime.

Dolapo, 24, admitted that the woman contracted him to kill Salaudeen after promising to give him whatever he wanted if the operation was successful. He disclosed that the deceased’s wife, promised him a befitting accommodation and other largesse.

Commissioner of Police, Olafimihan Adeoye said investigation by the police revealed that Omotayo did not only hire Dolapo but actively participated in killing her husband.

The police later arraigned the suspects in court, from where they were remanded at Ilesa Prison. 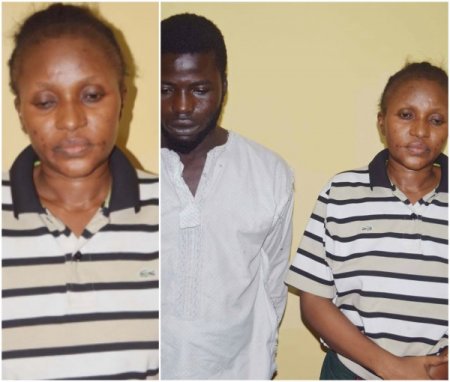 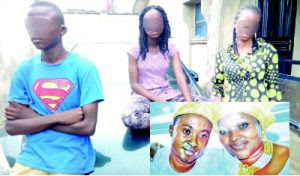 By religions, traditions and to a large extent laws women ought to the weaker party in marriage who should be protected, even the laws are more protective of women. I have however observed ( and i want this be thrown open for discussion) that in marriage, more women kill husband than otherwise. Check this out in the bible, just the way it is today. Honestly i am pained. MAY HIS SOUL REST IN PEACE.

Mar 8, 2022
Kayode Israel
K
K
Metro ”If anything happens to my children, Kumuyi I will hold you responsible” Mother of Deeper Life school student says as she alleges members of the....

Metro Sanusi identifies polygamy as cause of poverty, backwardness in the north – Pulse Nigeria