Pakistan has surpassed Brazil to become the fifth-most populous country on Earth, as the southern Asian nation’s population has surged beyond 220 million people, the latest figures showed on Friday. 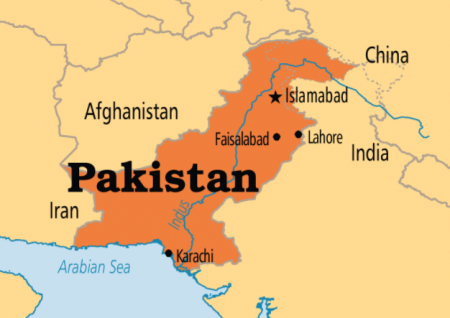 In March, the South Asian nation conducted its first population census in two decades, which was possible thanks to improved security after years of violence linked to al-Qaeda and Taliban militants.

The officials counted every individual and their housing unit in a countrywide door-to-door exercise that lasted for more than two months, said the Pakistan Bureau of Statistic, which conducted the census.

The government released the outcome on Friday.

The figure came in much higher than the earlier estimate of around 200 million.

The population in the country’s four provinces and the tribal regions near the Afghan border stood at 207.77 million, according to the bureau.

Another 15 million people live in the disputed regions of Kashmir and Gilgit-Baltistan in the north, near the country’s border with China, an official at the PBS told dpa.

But the population of these two regions are not included along with that of Pakistan’s because of the disputes, although people from these areas are allowed to hold Pakistani passports.

Pakistan was previously the sixth-most populous country in the world, with an estimated population of around 200 million before the census, but it had now surpassed Brazil, which has a population of about 210 million.

Pakistan’s population has been growing at an average rate of 2.4 percent per year in the past two decades, despite efforts by the government to control the rapid increase in population, the data shows.

“This is a surprising factor. The rate is much higher than estimates,” said Shakeel Ramay, a researcher with Islamabad-based Sustainable Development Policy Institute.

Ramay said, for a country like Pakistan with limited resources, such a huge population could become a burden if innovative policies are not made to turn the youth bulge into an asset.

“You got to have some policy framework to promote entrepreneurship to engage a sea of people … Otherwise, more individuals means more consumption of resources,” he explained.